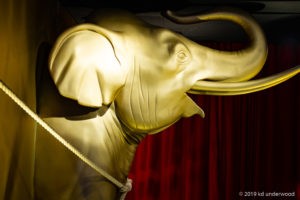 While visiting Singapore last month, Susan and I spent a day walking about Kampong Glam, an ethnic enclave allocated for use by Malays and other Muslims by Sir Stamford Raffles in 1819.  The Sultan Mosque was built there in 1825 and became the focal point of Singapore’s Muslim community.  By 1900, as Singapore became a focus for Muslim culture and trade, it became a home to immigrants from Malacca, Sumatra, China and India as well as Arab traders.

Today Kampong Glam is a vibrant and exciting community with restaurants, shophouses, IT firms, art galleries and bars.   Sometimes termed the “Muslim Quarter” this population still maintains a significant presence. Home to the Malay Cultural Center and Sultan Mosque the area remains a center for Muslim activities, celebrations and a meeting point for Singapore Muslims.

Kampong translates to village, Glam is thought to be derived from the “gelam” tree that was previously prevalent in the area.  We enjoyed walking the narrow streets and stopping into the small shophouses to view the various crafts and merchandise offered for sale.  Strolling down the narrow Haji Lane we walked by restaurants, shops and bars amid brightly colored street art and graffiti.  A wonderful ethnic part of Singapore it is a recommended must see for all visitors interested in local Malay history, culture and its peoples.

All images were taken with Fuji X100s with 23mm f2.0 lens in RAW format, processed in Adobe Lightroom Classic 8.3